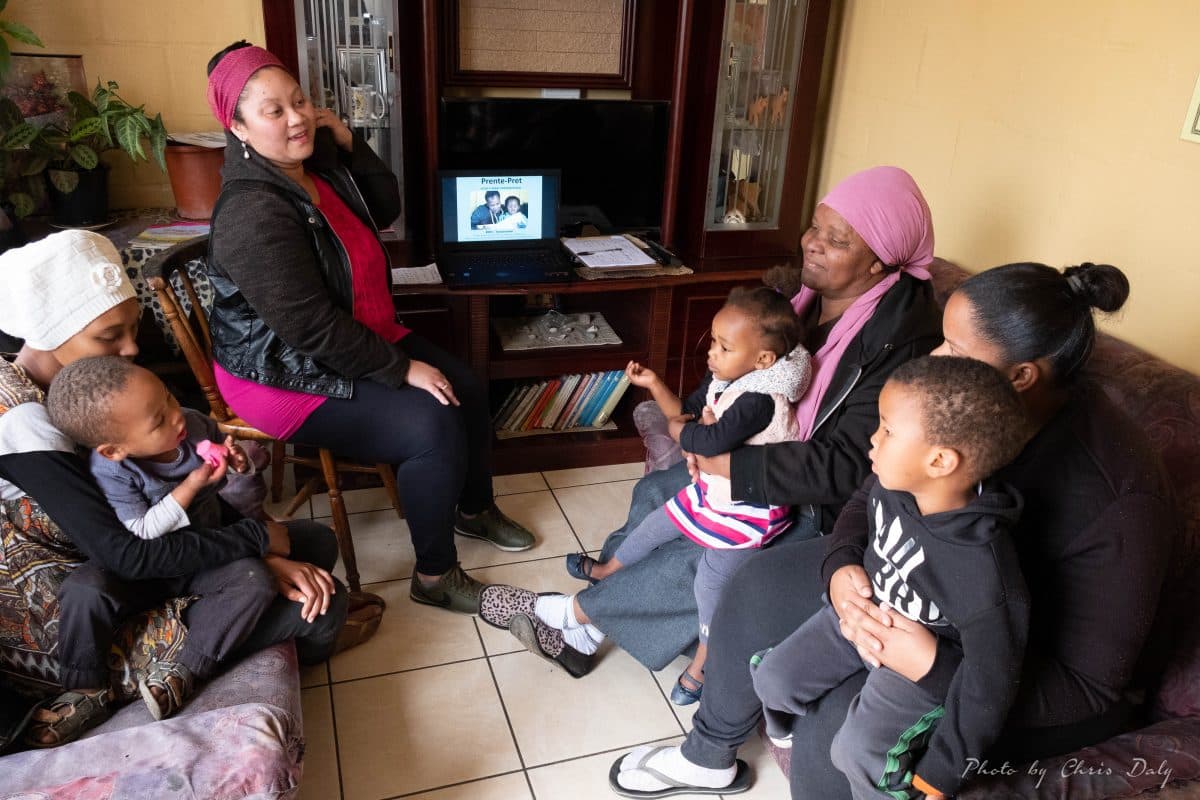 Personal conflict is a common trend in South Africa and often a lifetime of pent-up rage and hatred is suddenly released in a single burst.

The results can be devastating. But there is a simple and effective solution that dates back to World War II – group sessions.

For 14 years, Alexandra-based NGO Ububele has successfully trained people to use group work to resolve conflict through its ‘Working with Groups’ course. Ububele founder and clinical psychologist Tony Hamburger set up a group training faculty in South Africa with assistance from experienced therapists from the UK.

Ububele’s training focuses on psychologists, psychiatrists and social workers because group work is an extremely successful and cost-effective intervention, which is underutilised in South Africa.

The group training sessions take place on six long weekends spread out across the year and are attended by people of different races, ages, sex and socio-economic backgrounds.

The curriculum consists of theory sessions, lectures on group work, and sessions where the students’ work situations can be examined and understood.

Participants do group work allowing them to better understand how individuals function in group situations. Through these group sessions people become more aware of their own behaviours, and can provide and receive feedback, support and practical advice from the group.

During the training, five sessions are held with small groups (maximum 11 people) where people can discuss anything. The dynamics in these sessions are meant to reflect those that are present in small social groups, like in a family.

Each day of training ends with a large group session, where all participants and Ububele faculty members meet.

The idea is that the large group sessions mimic large groups found in society, like political groupings.

Tony relays the story of a young man, *Mvelo, who attended the ‘Working with Groups’ course.

“Mvelo was an intelligent, hard‐working young man, but he had struggled academically, probably because of poor quality schooling. He got to the final year of his bachelor’s degree through correspondence with little help, before failing his exams. He seemed destined not to complete his studies.”

Mvelo had been doing volunteer work at the time he joined the Ububele course. He was an angry person. He felt that society had been particularly brutal to his family.

He had hardly known his father but was aware that he had been subject to prejudice. Mvelo seemed to carry a torch for his father and wanted revenge or reparation on his behalf. He was attracted to militant political organisations.

Mvelo attended small groups during his training. In the group sessions, Mvelo made small but balanced contributions. But when it came to race issues he became aggressive and talked about harming white people.

He had had contact with white people before and during the training and there hadn’t been an indication of his rage or of any violent actions. “This particular issue seemed to be an insular bubble of anger that festered and exploded at specific times.”

While it was apparent that his was a major and not illegitimate grievance, there was something about Mvelo’s reaction to conversations about race that seemed out of place. “I wondered if his rage wasn’t less about what happened to his father and more about anger at his father’s inconsistent availability.”

Mvelo’s therapy group of 10 people included a coloured woman, *Rowena, who had been a political activist. She shared stories about political anti-racist activities and spoke with a lot of insight, understanding and compassion.

Her position had asked of her to be violent at times. She shared a story of throwing a stone at a white woman, and becoming terribly upset when she saw the woman bleeding. She said she’d been conflicted by fighting for what was right, and hurting someone.

When Rowena shared her story, Mvelo was visibly interested. Rowena had earned credibility in his eyes because of her background, status and insights into the consequences of violence and hatred.

The impact on Mvelo was apparent to everyone. Over the year, we met several times. Each time, one could see Mvelo’s anger dissipating.”

According to Tony, Mvelo became more interested in the group activities and started talking about and with other people with more compassion. In the penultimate session, he turned to Rowena and told her that she’d been instrumental in helping him to understand his anger and hatred.

Hearing her stories and seeing how she dealt with her own internal conflicts helped Mvelo deal with his. “Mvelo told Rowena he wished she’d been his mother,” said Tony.

“It brought Rowena and the group to tears.”

By witnessing another’s conflict, and the manner in which the group process could be used to work with it, Mvelo developed a new deeper understanding of himself. “The rest of us immediately realised that somebody’s life had changed.”

Mvelo went on to get a major qualification and lives a fulfilling professional and personal life. “It’s clear that the group work had emotional significance to people who live in our very complicated country.”